Today I am going to share with you five secrets to make your direct marketing leafleting campaign memorable.

Breaking the mould and capturing people’s attention with your direct marketing campaign is not easily done. But with the right idea, design and strategy, your mailing can have a huge impact. All businesses crave a memorable leafleting campaign.

1. Think laterally to capture the imagination of your target audience 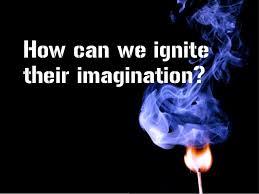 Successful direct marketing is about making your mailing stand out and the most effective way to do that is by capturing the imagination of your readers. People get used to seeing the same thing, it’s boring. If you give them something they are not familiar with they are more likely to want more.
However, don’t go overboard. It’s not about shocking people. But at the same time you need to think about an arresting way to engage them with the right image, the first thing they’ll notice about your mailing and strapline. And the best way to do this isn’t always by making your direct marketing directly relevant to your product or service.

Think laterally, ask your readers a question, and tell them something surprising. One of the most successful campaigns I’ve ever worked on for a carpet cleaning company asked readers: ‘What does your carpet tell you about you?’ The response, as people glanced guiltily down at their floors, was overwhelming.

2. Sell the feeling that the product or service will give

The most important thing to remember when working out your strategy is to focus on your target audience. How will they benefit from the product or service that you’re offering?
Drone on about the features of your product or service and they’ll soon lose interest. But tell them how good it will make them feel and they’ll want to know more.

An example I often refer to when explaining this concept is selling plane tickets. People don’t care about the features of the plane they’ll be travelling on. They’re sold by the lure of a holiday of a lifetime or of being reunited with friends and family.

So the best agencies will not only take the time to understand what your business does, but will think about your product or service from the point of view of your target audience. What’s the benefit for them? That’s what you should be selling if you want a memorable leafleting campaign.

You can blow the budget by having a beautifully glossy leaflet with a captivating image and strapline. But if you don’t know anything about the people you’re targeting you could be throwing your money away.

I once worked on a campaign for a landscape gardening company who wanted to launch their new tree felling service. Despite my reservations, they went ahead with an incredibly expensive campaign. Unsurprisingly, due to the large amount of flats and social housing in the area it failed miserably.

By contrast, I recently worked on a campaign delivering leaflets in envelopes, the aim was to prove that leaflets delivered this way would be more beneficial to the client, and it was a roaring success. It was a popular, effective and memorable campaign.

In the last four years the door drop market has changed. Advances in mapping technology (which we’ve helped develop) mean you’re able to target very specific sectors of the demographic. So the more you know about your target audience, the more you can focus on what will be memorable for them.

4. Don’t think just in terms of return on investment

Often people keep your leaflet for future reference or even if someone discards your leaflet immediately, they still have to pick it up to do so. They may not read it but you can guarantee that they will glance at it for five seconds, even if they’re not aware they’ve done it. It’s human nature. 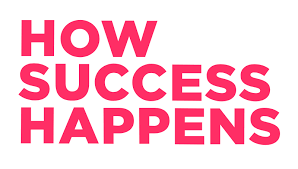 And then, the next time they’re on the high street or searching the internet and see your product, they’ll notice it. Even if they can’t remember where they’ve seen it before.
In this sense, a door drop leafleting campaign is a unique and powerful medium with a huge scope to reach everyone it targets.

The sales benefits of a direct marketing leafleting campaign may not be tangible. I’ve managed campaigns that didn’t get the response rate the client had hoped for. But often shortly afterwards the client has seen a huge boost elsewhere – in internet sales, for example – despite not carrying out any other marketing. This is no coincidence.

The success of a door drop campaign can’t be measured in return on investment alone. The effects are subliminal. So, in a sense, every campaign is successful, whether or not it’s memorable. That’s not to say that the memorable ones don’t have the greatest impact, of course!

5. Have a strategy and think of your leafleting campaign as a taster

The main aim of a leaflet campaign is to give your potential customer a taste of what you’re offering. It’s like an invitation or a recommendation. So if your mailing is memorable, you’ll have tantalised your customer and left them wanting to know more.

Nowadays, people like to research things for themselves, especially online. Pique their interest and they’ll look up your product or service.

A direct marketing campaign should never be just a one off. Most campaigns will be successful if they’re ongoing. It takes two or three attempts for people to start to understand that your product or service is around.

My most successful clients are those who have a budget and a strategy for the year. They make a plan and stick to it. And they’re the ones that conduct the most memorable campaigns and see the best results.

Want to know more about how our technology has revolutionised the door drop market?